7 Ways You Can Get a Better Night's Sleep 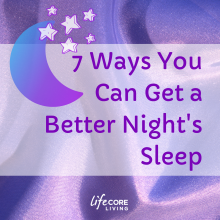 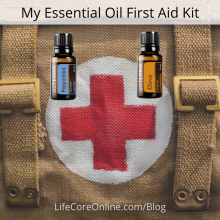 It all started with two oils…

My mom had gotten into essential oils when I was still in high school, and naturally, I learned from her.

How to Know Where to Buy Your Essential Oils

So, you’re just getting into essential oils…

4 Ways to Clear Constipation & Get Your Groove Back 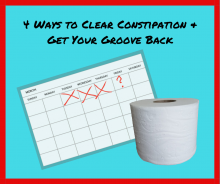 Almost everyone’s experienced it at some point in life, but when it becomes chronic, it can take over your happiness, your energy and your desire to live life to the fullest.

If you’re not pooping at least once a day, there is definitely room for gut health improvement.

Thankfully, there are many things that can be done to counter the dreaded effects of constipation. 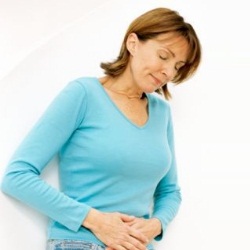 A good sign that there's an ongoing underlying emotional issue when looking at any chronic "dis-ease" is simply the fact that it is showing up in a chronic fashion.  It is persisting.

When unpleasant symptoms such as diarrhea are showing up with Crohn's, Colitis or IBS/Irritable Bowel Syndrome, the positive news is that the person is already in the healing phase of an "indigestible anger" conflict.

An "indigestible anger" conflict is simply a conflict where the person feels anger toward a person, a situation or a circumstance.  This is not momentary anger, like feeling angry if a driver cuts you off in traffic.  This type of anger is, as described, "indigestible", where you feel you just can't "break it down", "digest it", or "get over it".

If the anger on the specific topic were not reactivated, a person would have the diarrhea-like symptoms once, and it would be done.  It would not become chronic.  However, the chronicity occurs when the conflict is reactivated.  While the anger is "hot", a person is likely to experience lesser symptoms, if any.  It is only when the person is feeling like he is out of the "hot zone" that the symptoms start to show up and intensify.

There are 2 ways to resolve this anger:

1)  Resolving the issue through practical means, when this is possible.  However, this means your wellness depends upon whether an external circumstance changes, and this is not ideal.

2)  Resolving the issue on an internal, emotional and energetic level.  LifeCore uses a combination of psychotherapy and EFT, the Emotional Freedom Techniques, to help clients achieve this.

The Secret to Health & Happiness!

Many of us have said, "I'll believe it when I see it!"
The trick to manifesting the health & happiness you want is knowing this:
"I'll see it when I believe it!"
Yes, the belief must come first.
The foremost challenge when dealing with chronic pain and illness is helping people overcome limiting beliefs such as:

*  "I'm going to have this disease for my whole life."

*  "There's no way that this pain (or other symptom) could actually be a healing sign because it hurts/bothers/distresses me so much."

These beliefs often set in very firmly, especially when the pain or illness has persisted year after year.

Want a fresh start? Divorce yourself from the past!

We humans are really good at holding on to the past, even if the past wasn’t so savory. It often feels very difficult and uncomfortable to break old habits and move beyond past relationships of all kinds. If you are considering moving on from or redefining your current relationships with significant others, colleagues and/or jobs, family members or friends, clearly things were, at least in recent times, “not going so well”. And yet, despite things not going so swimmingly, human nature often has us clinging to our former expectations and desires to see the potential of those relationships come to fruition. Also, the known negative is most often less daunting than the unknown which could be a much better fitting job or relationship.

There’s only one problem with holding onto the past: it tends to create more of the same! And that doesn’t mean that either party isn’t capable of change. What it means, however, is that, if either party is to change, it can’t continue on the way it has been, it can’t remain in a perpetual chokehold.

As you are reading this, if that static state of non-changing, stranglehold just described is resonating for you, take 15 seconds, close your eyes and visualize yourself releasing your figurative grasp on “the other”, breathe deeply, and divorce yourself from one expectation you have from this “other”.

First, Do No Harm

***Preface:  There is great opportunity for positive change in our society if we are able to learn from our shortcomings. We all have them. Granted, the collective shortcomings oftentimes stand out more than the individual ones. It is helpful to assume that decisions that are made to “protect” others are made with best intentions in mind.

The "Un-Cure" for Cancer Revealed

Little does most of the world know that in 1981 a new, monumental science of medicine was discovered and put forth in a post-doctoral thesis to the University of Tübingen in Germany by the medical doctor Dr. med. Ryke Geerd Hamer.

LifeCore is shifting from sending occasional large newsletters, as we had in the past, to sending more frequent bite-sized news and updates.  Please fill out the Stay Connected! form to receive news from LifeCore!

Here are some of my newsletters from the past: